After April 8, 2014, Microsoft will no longer issue security updates, non-security hotfixes, free or paid assisted support options or online technical content updates for Windows XP and Office 2003. Aside from the obvious exposure from hackers that would harm your system or steal data, the “end-of-life” announcement from Microsoft also means that third party software vendors will no longer support their products on XP either. Its definitely time to upgrade.

Rather than putting the upgrade off a few months, better do it now. That’s because Microsoft’s latest operating system, the one they want you to upgrade to, is Windows 8. But there are still some new PCs available now that can be purchased with Windows 7. Windows 7 is not identical to Windows XP, but its close enough that it doesn’t take very long to be comfortable using it. As the months go by, the Windows 7 systems will be harder to find.

To avoid this frustrating, waste of time, go online and find a system that runs Windows 7. There are still new systems available and if you are lucky, you may even find a refurbished system from the original equipment manufacturer. The best way to find these systems is search on the OEM own website, (i.e. Dell.com, HP.com, etc.) These systems are great value because they generally come with the same warranty as a new system but at a lower cost.

If you are running a version of Office prior to 2007, you will have to upgrade to a newer version of Office which means re-learning how to use many of your favorite features. While still frustrating, better than having to re-learn both the operating system and the application. 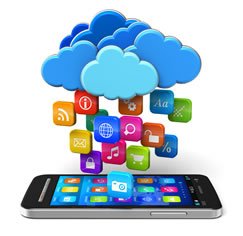